Cinnamon Mascarpone Flan is our traditional flan recipe, and you can also try our Gluten-Free Chocolate Cream Cheese Flan recipe ! 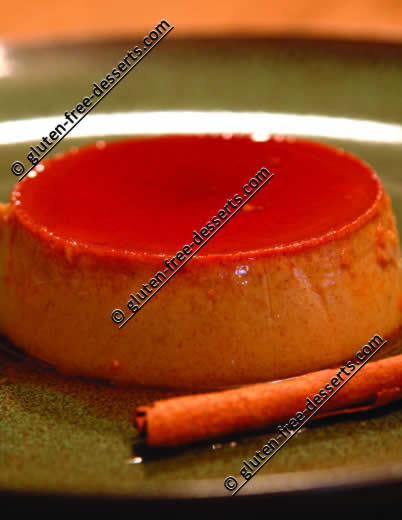 Flan is baked in custard dishes that are placed in a water-bath to ensure slow, even cooking. So, begin by spraying 4 oven-safe/Pyrex 1-cup custard cups lightly with cooking spray (to ease removal of flan later) and arranging them in a 2"  or deeper cake pan or roasting pan (do not  add water to pan yet, or cups will float). 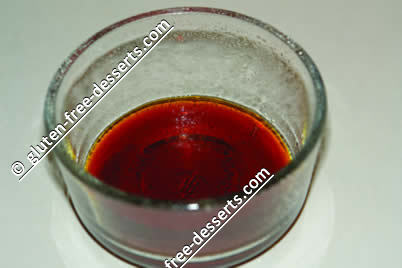 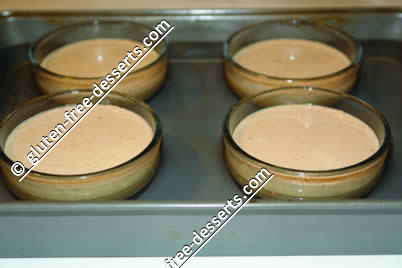